The Master of Martial Arts is a special type of General. 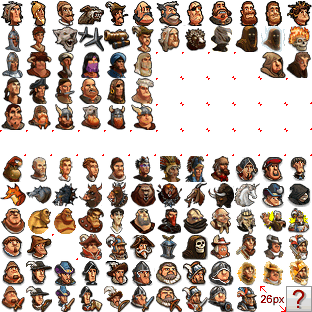 This special General has mastered ancient Martial Arts and is nearly unbeatable in battle. He does a lot of damage and can use special skills.

The Master of Martial Arts (like the Veteran) travels twice as quickly to adventures, recovers from defeat twice as fast and takes up to 220 units with him (Veteran is 250).

Because this general does 450-500 splash damage first strike, he is comparable to Cavalry - but he can attack multiple targets in one go. He is ideal for attacking camps with low-hitpoint units like Dogs, Caltrops or Rangers, as he will preemptively kill approx 72 simple units.

Unlike Cavalry, the Master of Martial Arts does not get attacked in turn - if there are any other units left.

Note that because Dogs and Caltrop are First Strike themselves, the damage of their first round will have to be handled as usual. But in a multi-round battle, they'll never strike again.

In addition, he can take an additional 20 units to a battle.