The island is the same one seen in the Bandit Nest adventure, but all the camps have changed. 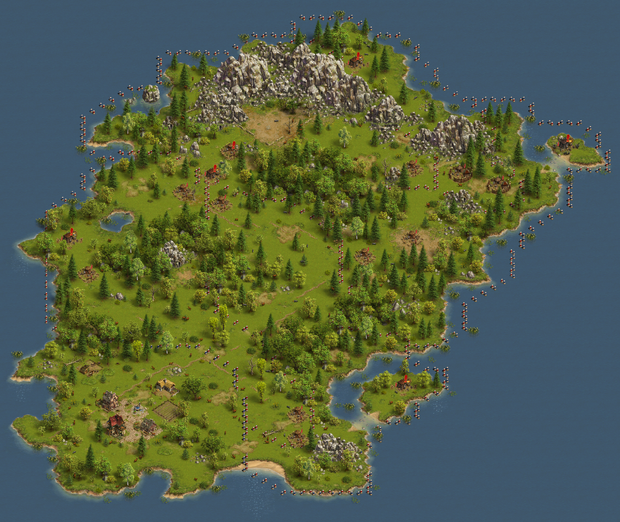 The adventure has no sub-quests.

Note that the following background colours are used in the guide below for different Generals:

This guide uses the camp numbers shown in the map image on the right.  Click the image to view full-size.

This adventure map appears at first to be non-linear, but on closer examination, you can see that the zone borders are arranged such that careful removal of leader camps will actually remove intercepting camps that block the next leader.  With careful planning, you will only need to attack two of the eleven bandit camps.  Also, this guide doesn't have any blocks, so troop losses may be reduced if you can work out a way to block the two bandit camps.

If you are Level 50, then to quickly grab the loot for this adventure, you can use a Weak Point Potion on the last camp.  This will eliminate the 100 Thugs, leaving Chuck and Skunk.  You can then use a Ranged Support to finish off the two bosses.  Note that you will only gain a handful of Star Coins (about 10) if you use this method, but will get all the other loot shown below.

The following bandits are found in the Return to Bandit Nest adventure: