The Valiant Little Tailor is the first of the Fairytale Adventures. It can be purchased in the Adventures section of the Merchant Chest for 650 Map Fragments. 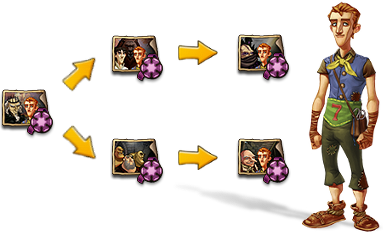 Upon completion, the adventure rewards will usually contain one of two follow-up adventures, which lead along one of two distinct adventure paths.

The drop rate for these follow-up adventures is such that not every participant will gain the next adventure, and it's possible that no participants will gain one at all.

This means that one person doing the adventure alone, and asking friends to grab lootspots, will not guarantee that the player will gain one of these follow-up adventures, but may gain more than one.

The following bandits are found in The Valiant Little Tailor adventure. 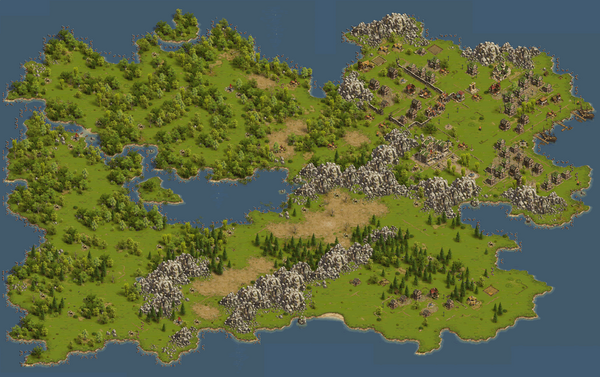 This guide is geared toward the lower 40's in level, losing only Recruits, Bowmen, Militia, and a few Longbowmen. This guide assumes that you have a Veteran General for many final attacks and even a few suicide waves when normal generals do not cut it. This adventure is extremely costly: 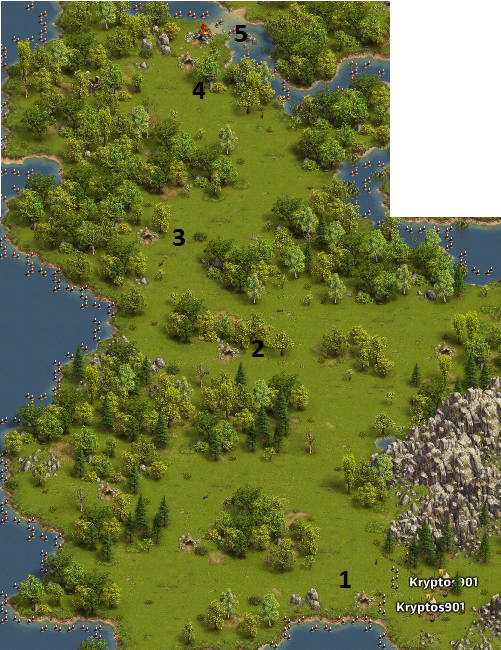 Sector two is similar to sector one in losses. But this time, you're one quarter done! Once again, you do not have to kill every camp, but the ones that you do have to kill are not fun at all. This guide will be optimized to lose recruits and bowmen and minimize all other losses. This guide requires at least one vetean general, and a few regular or battle hardened generals for the suicide waves.

Sector 3 is heavy on Militia losses, otherwise even easier than the first two sectors. Either way, six camps and you're almost done with the adventure!

The final stretch is going to cost you a few Recruits, but is well worth the adventure. This sector is easier than the first two overall. 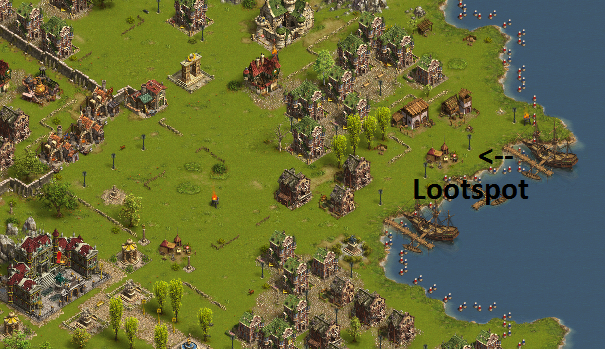 Before you sell a lootspot you should clear the map down to the last two camps, similarly to the above picture. This will guarantee that your lootspot buyer has a clear attack route to the camp they are tagging.

Lootspot buyers should attack the far eastern camp by the docks, containing 120 Royal Recruits and 40 Royal Militia. A simple one Recruit charge will suffice, as the Royal Recruits have 100 health, and your general does 120 damage. This is probably the easiest option because it can be done right before the final wave on the Evil King.

When you reach the maximum level, fairytale adventures will reward

Magic Beans instead of experience points at a rate of 1

. You will not also receive

Star Coins, which are normally given at max level.